Well done to our U15 Soccer team! 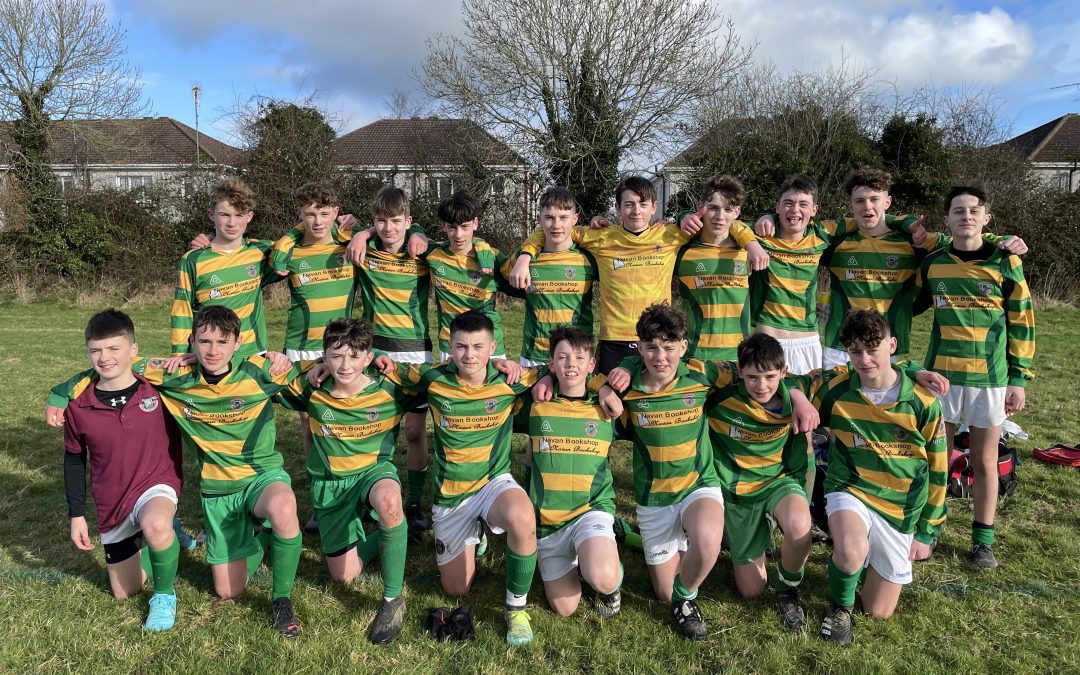 Our U15 Soccer team travelled to Beaufort College earlier this week for the first round of the Minor Shield.
Sean McGrath took the lead for us after 6 minutes with a tremendous strike from distance. We had multiple chances, with the Beaufort goalkeeper pulling off some great saves, to keep the score at 1 – 0 but it was to no avail as Josh Hartnett slotted the ball past the Beaufort goalkeeper just before half time to send us in 2-0 at the break.
In the second half, the home team scored against the run of play after 9 minutes to make it 2 – 1. We kept our heads up and took control of the game again, testing the Beaufort goalkeeper and defense numerous times with them scrambling to clear the ball off the line four times. Josh Hartnett scored again 10 minutes from time to put the game to bed and secure the win. The game ended Beaufort College-1, Boyne Community School-3.
Well done to the lads on a great performance which means we progress into the next round of the competition.