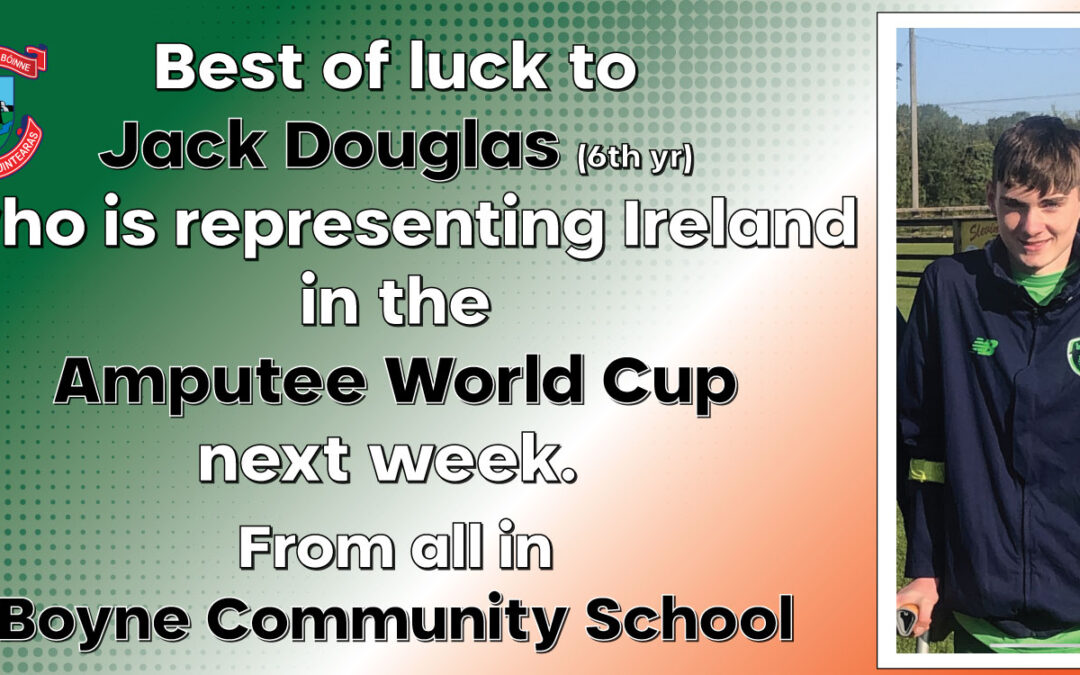 The Irish team unfortunately have not managed to qualify out of their group, losing to both Iran and Morocco at the weekend.
This is no disgrace as both teams are very strong and have both progressed to the quarter final stages.
Ireland are now focused on finishing in as high a position as possible out of the 28 teams present at the competition.
JD has featured in every game so far and came off the bench yesterday in the game against Uruguay and scored his first international goal early in the second half.
Uruguay equalised and the game finished 1-1 and went to extra time and then penalties. The shoot-out was tense and after 5 penalties each, the two teams were still drawn.
It went to sudden death, Uruguay had their next penalty saved and JD scored the winning penalty for Ireland and helped them progress into their next ranking match.
They play Liberia tomorrow morning.
The games are being shown live on YouTube. You can click here to access the livestream. Unfortunately, there is no exact time available online but as a guide, the Uruguay match yesterday kicked off around 9:20am