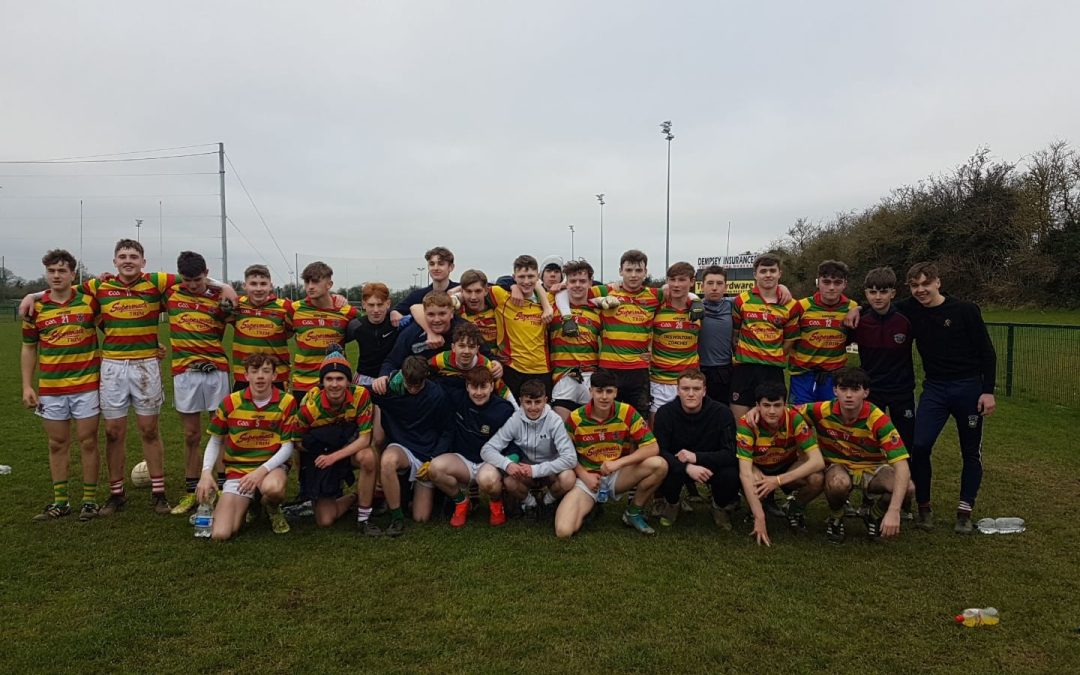 Boyne Community School advanced to the final of the Senior Football D Championship with a hard earned victory over Colaiste na hInse.

The Boyne lads put in a brilliant team performance all over the pitch with great energy, physicality and skill on show. The first quarter was a tight affair and Boyne led 4 points to 3 thanks to scores from Sean McDonnell, Conor Sheridan, Cealáin Geraghty and Tadhg Carty. Colaiste na hInse were extremely efficient with their shooting in the first half whereas Boyne spurned a good few chances against the wind. Jack Conneely scored a fine goal when he raced through one on one with the goalkeeper and finished with aplomb to put a bit of daylight between the sides going in at half time Boyne CS 1-4 Colaiste na hInse 0-5.

The Bettystown school created loads of goal opportunities but Martin Forde was equal to their efforts, time after time, with some brilliant saves. Outstanding defending and great leadership from Cormac Doyle, Brian O’ Halloran, Caelum Casserly and Rory Fagan also helped nullify the threat of Colaiste na hinse forwards, many of whom were All-Ireland winners this year with Meath minors.

Sean Mc Donnell got the desired second goal with a classy finish from an acute angle. Boyne CS held out for a great win and can look forward to a North Leinster Final after Christmas.